John Boyne hosted a creative writing competition during the Corona Virus school closure. The story had a word-count limit of 300 words. This entry was written by Catherine in 3rd class.

Despite being at home because of all schools being closed due to the Covid19 outbreak, Catherine in 3rd class has been using her imagination and creativity and wrote this super poem...

3rd class have been busy writing to their eTwinning partners in Alicante, Spain to tell them about some Traditional Irish foods and recipes, you can read some of their articles HERE.

Pen pals in 2nd class 2019 / 2020: Pupils in second class have paired up with Ms. Marshall's second class in Scoil Barra Naofa, Monkstown, Co. Cork to become pen pals. They have sent introductory letters to each other as well as Christmas cards. Our next letter will be before our First Holy Communion. 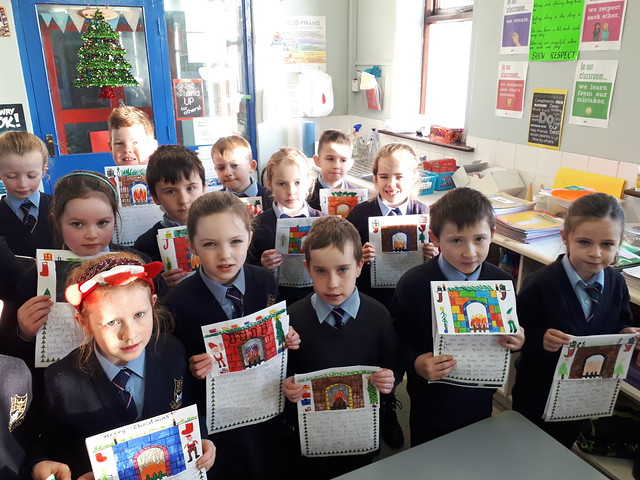 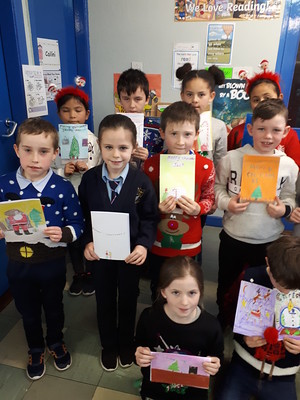 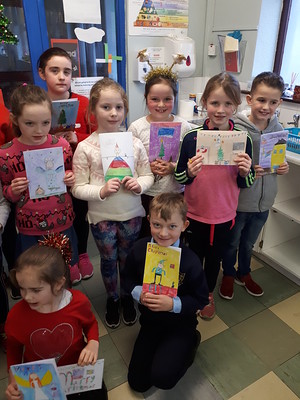 3rd class were very lucky to be invited to Mary Immaculate College on November 20th 2019. They did a science workshop while they were there. This was a great opportunity to write a recount as all pupils have been concentrating on writing recount since September. On their return to school after the trip, they used a writing framework to plan a story about the trip, they then wrote the story using this plan. Once they had their story written, they passed it to a peer for some 'peer-assessment' - checking each others' work for punctuation, grammar and content. Their teacher, Mrs. Murnane then read the draft stories and made some suggestions on improvig their stories. All pupils then wrote a 'final draft' of their stories which are displayed outside their classroom. They then got the opportunity to use Google Docs in Google Classroom to type their stories.

One girl even went to the bother of creating a presentation using her Google Classroom account!