Pupils in first and second class have committed to running a lap around the school throughout Lent. 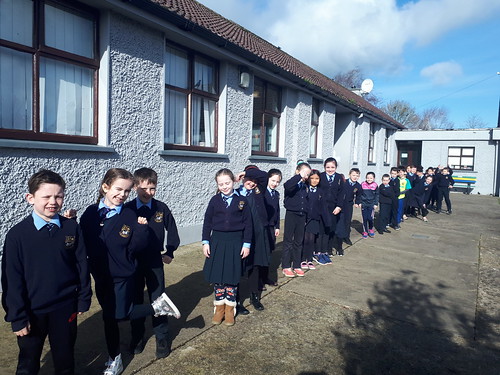 Pupils in first and second class were finding out all about Ireland recently and wrote mini-reports for their class-based project. The topics they covered were: Tourist Attractions, Counties and Provinces, Sport, Myths and Legends and Saint Patrick. 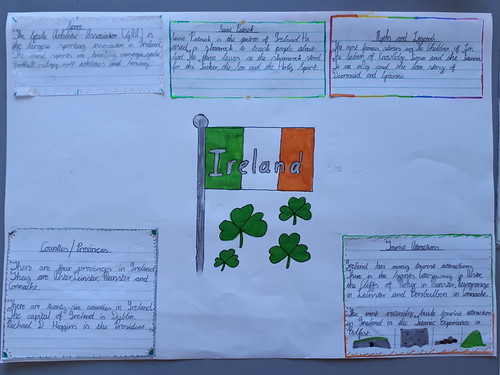 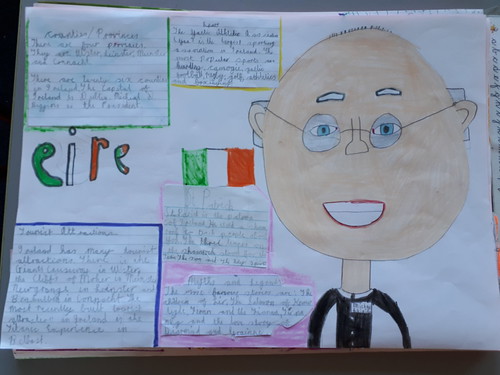 Picasso Art in 1st and 2nd 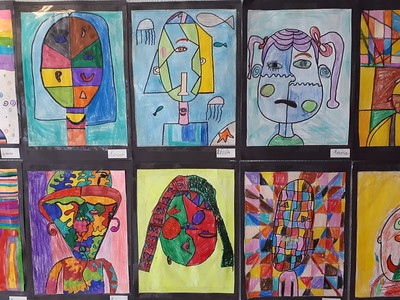 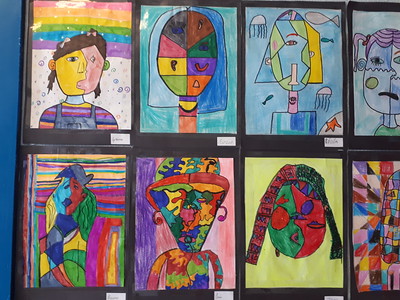 On February 19th last,  First Class celebrated Grandparents' Day in our school. There was a prayer service followed by a poetry recital and some wonderful song-singing.

Many thanks to all those who helped to make it such a special afternoon. Thanks also to Canon Shire. 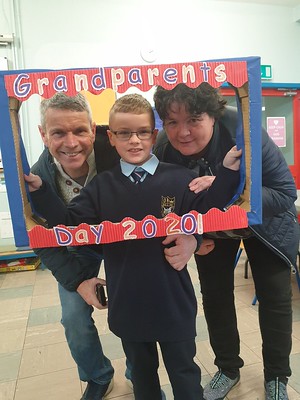 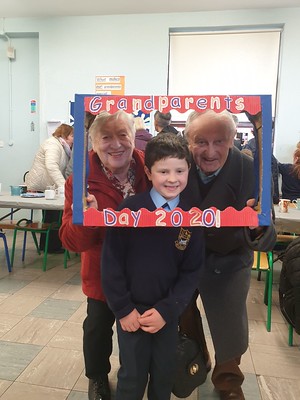 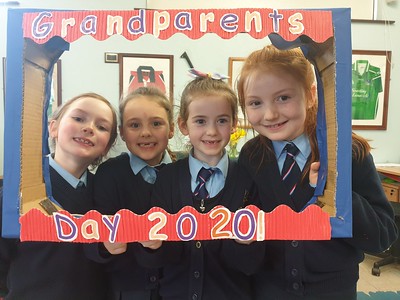 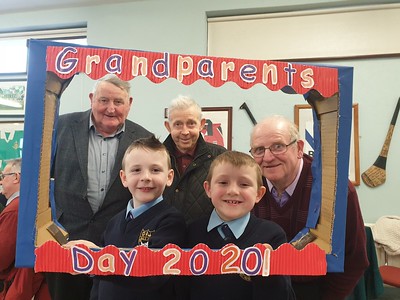 STEM DAY with Robotics and ‘LearnIT IT’.

The children explored all of the Science, Technology, Engineering and Maths (STEM) subjects, using a LEGO Education based workshop which gave the students the opportunity to become engineers, researchers, analysts, designers and more.

The children worked in teams to build their LEGO robot by following step by step instructions with LEGO software on laptops. The children then used coding software to make their robot move. As the children reached a certain target and tested their projects, they progressed onto adding parts like sensors to react to colour on maze mats.

The wining team with the highest points for 1. teamwork, 2. time and 3. accuary on the mat will compete with other shcools in the next workshop which will take place in Analog Devices Limerick. 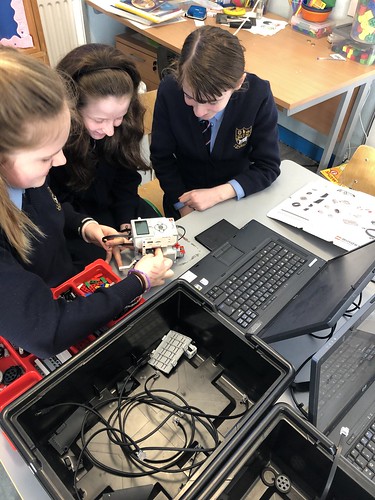 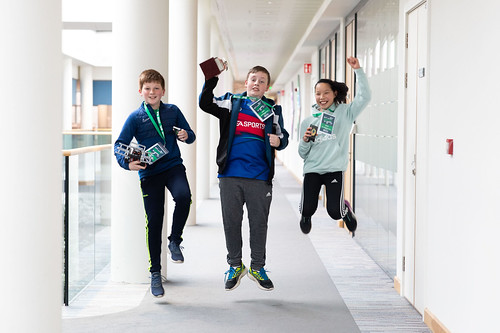 Huge Congratulations to St. Patrick's NS, Bruree on winning the Robotics Competition with Analog Devices and Learn IT in Limerick!

Pupils in 3rd class made foam rockets. They then 'launched' their rockets at different angles to test what angle was the best for distance. Despite blustery conditions, the majority found that the best angle was 45degrees. There was much maths involved in this activity, from measuring the correct length to  make the fins to measuring the length of foam to cut to insert the fins to measuring angles using the protractor for launching the rocket.

Great fun was had by all!

As part of their eTwinning project with their partner school in Alicante, pupils in 3rd class prepared a presentation of the legend of Setanta. They listened to the story, created illustrations of many scenes from the story and then retold it in their own words. They used the Book Creator app to photograph their illustrations and type in their words for the story. They have now shared their creation with their eTwinning partners and have been reading a Spanish legend prepared by the Spanish pupils.

Pupils in 3rd class are being introduced to the topic of force and used Lego WeDo 2.0 to investigate pulling objects and using a pulley as a 'rescue'.